Strong. Confident. Defiant. One look at 18-year-old Lexi Martin, and it’s clear her, “Don’t mess with me,” attitude has been forged from years of experience, experience dealing with kids who picked on her because they thought she was “different.”

“But we’re all different,” Lexi said. “That’s what makes us who we are.”

A tragic lawnmower accident when she was only 4 years old is just one of the many experiences that has shaped Lexi’s life.

“I fell down the front steps at home and slid under the riding lawnmower,” she explained. A devastating injury, Lexi lost her left leg below the knee and was ultimately treated at Children’s Mercy Kansas City. Shortly after the accident, she was fit with a prosthetic leg.

“I was only a preschooler when the accident happened. I remember very little of it,” Lexi said. What she does remember is that kids at school could be cruel.

“Kids teased me and wouldn’t play with me,” Lexi said. “I would go home in tears and would ask my mom, ‘Why doesn’t anyone like me? Why won’t anyone play with me?’”

Lexi’s parents were quick to point out that other kids’ opinions of her don’t matter. “They taught me people like that aren’t your friends.”

“We teach our patients to master two things: their own story and self-confidence. In their own words, they learn to confidently state why they are different, and why it doesn’t matter,” Dr. Modrcin explained. “Most of the time, an explanation is all another curious child will need, especially when that explanation is given without anger or resentment, followed by an opportunity to play.”

For Lexi, the lessons she learned from her parents and the Limb Differences team have worked.

When she was in the second grade, she remembers a girl who was bullying her, teasing her about her leg, telling her she couldn’t run.

“I stood up for myself. I told her, ‘You are no better than me. I can run just like you can.’ She never bothered me again,” Lexi said.

And Lexi proved that bully wrong. She went on to run track in high school, and was her school’s team mascot, the cardinal.

“Growing up, Lexi enjoyed trying new things. Her mom would call me every time, at least at the beginning, to make sure it was, ‘Okay with Dr. Ann,’” Dr. Modrcin said. “The question may have been about tumbling, or swimming, or cheerleading, or basketball, or track and field. They learned that my answer was always ‘YES!’ I assured them that Lexi can and will do everything she decides to try, and that she will do it with style. At nearly every visit, they would bring me a photograph of Lexi doing these things, and her images still grace my office nearly 15 years later.”

“I have developed a good network of friends who I can talk with about anything. It’s important to have a good support system,” Lexi advised. And her family has always been there for her, reminding her what other kids think isn’t important.

“You can’t let what others say or do affect your day or your life,” Lexi added. “You have to be 100 percent true to who you are in this world.”

That attitude is why Dr. Modrcin recommended Lexi for Red Card KC, a campaign from Children’s Mercy and Sporting Kansas City that encourages kids to speak up against bullying.

By using the iconic soccer red card—a widely recognized symbol of unacceptable behavior—Red Card KC calls attention to the problem of bullying and encourages positive behavior at schools, on playgrounds, and in the community.

“Lexi is a lovely and vivacious young lady,” Dr. Modrcin said. “She exudes confidence whether she is wearing her running leg, her everyday leg, or her modeling leg, complete with pedicure and pumps. Her success against bullying will give her a lifetime of resilience and success in other aspects of life. It is no surprise that we now look to Lexi as a role model against bullies on behalf of other young people, especially for children or adolescents with disabilities.”

Lexi thinks the Red Card program is a great idea, and she has some advice for the kids who are doing the bullying.

“Look at yourself in the mirror. Why do you feel like it’s okay to tear someone else down? Stop. That’s not necessary. We all just need to live in a world where we can be kind to one another.”

For kids who are being bullied, Lexi said she wishes the Red Card had been around when she was growing up.

“I’ve been bullied,” Lexi said, “I know how it feels, but you can’t let that stop you. If someone is bullying you, you don’t have to be mean, but don’t take it. If Red Card had been there when I was in school, I would have given that girl who bullied me in the second grade a whole stack of ‘em!”

For more tips on dealing with bullying and more information about Red Card KC, visit redcardkc.com. 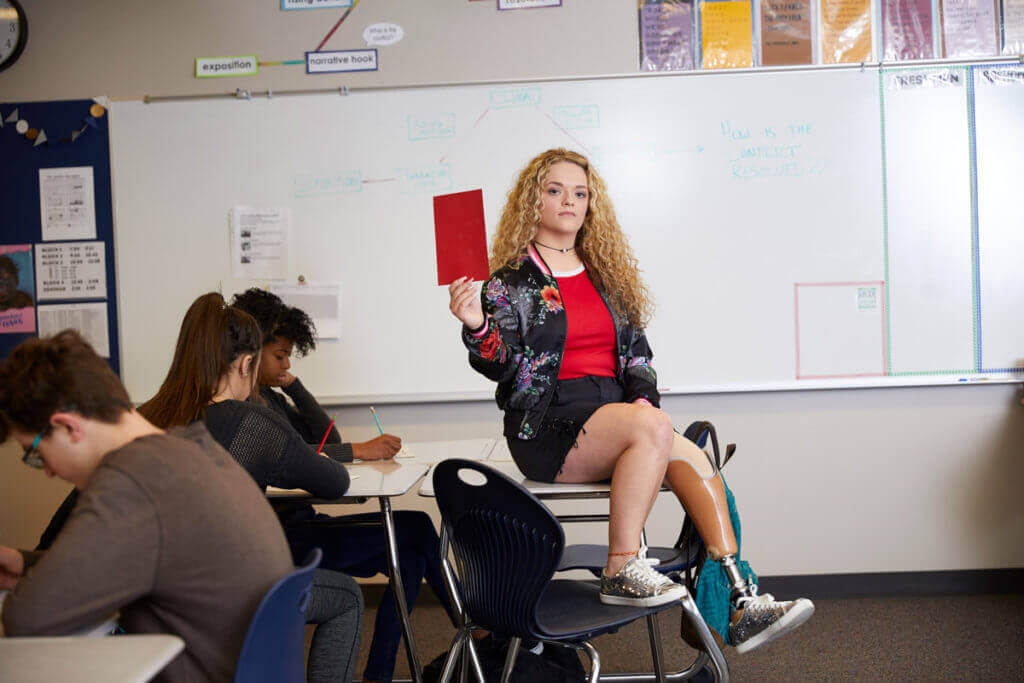 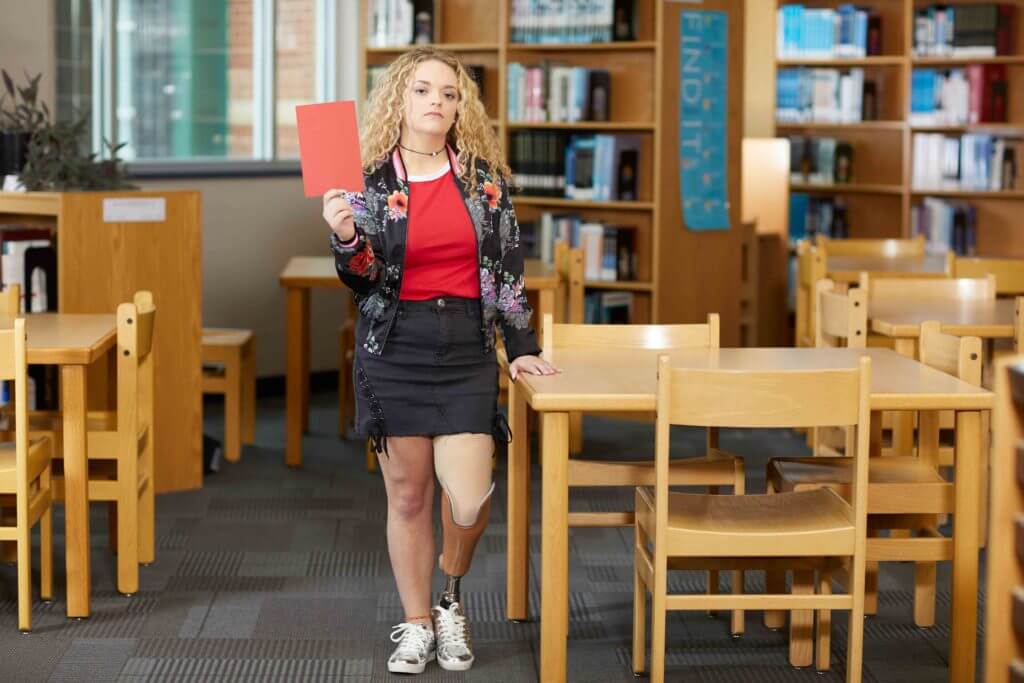